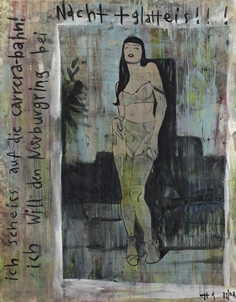 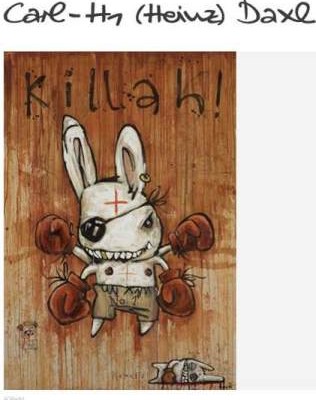 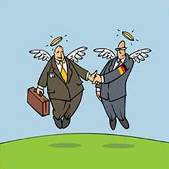 Carl- H1 (Heinz) Daxl – born 1959, scribbled Cowboys with a ball point pen on his fathers oil paintings,
first got in trouble, then his own canvas – later he became artist and illustrator – in between he was a child, a postman, a plumber, an officer and pilot – studied art and design, founded an advertising agency had it for 15 years.

Heinz has his studio in the Wiedefabrik Munich. Painting, illustration, film / animation, books, TShirts … can be found on the Homepage von H1 Daxl.

If you would like to purchase a picture of H1 Daxl, please write to  art for africa.

Double-clicking on the works below opens the gallery in full view. 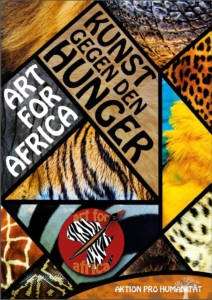 This website uses cookies to improve your experience while you navigate through the website. Out of these, the cookies that are categorized as necessary are stored on your browser as they are essential for basic website functions. We also use third-party cookies that help us analyze and understand how the website is being used. These cookies will be stored in your browser only with your consent. You also have the option to opt-out of these cookies, but opting out of some of these cookies may affect your browsing experience.
Necessary Always Enabled
Necessary cookies are absolutely essential for the website to function properly. This category only includes cookies that ensures basic functionalities and security features of the website. These cookies do not store any personal information.
Non-necessary
Nicht-Notwendige Cookies sind nicht für grundlegende Webseiten-Funktionen zuständig und können genutzt werden, um personanbezogene Analyse- und Werbe-Daten zu sammeln.
SAVE & ACCEPT