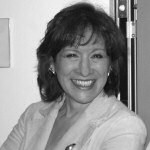 was born on 4 January 1949 in Neustadt an der Donau, she lives and works in Poing near Munich.

After her artistic training at Project 1 of the Academy of Fine Arts Munich / studio project in large-format painting, nude drawing and image analysis she received the art prize “Golden Palette” of the Research Institute of Fine Arts Nuremberg. Today, Sylvia Vassilian is a regular lecturer at the adult education centre in Vaterstetten (since 1994). She regularly organizes exhibitions of the course participants.

She also taught at the Freie Akademie Bildender Künste in Bad Reichenhall (1999-2003), at the Sommerakademie Hohenaschau (2001-2012) and at the Volkshochschule Grafing.

Further details on Sylvia Vassilian can be found at www.vassilian.de, “People and emotions “- the artist’s film contribution to the film “art for africa“.

If you would like to purchase a picture of Sylvia Vassilian, please mail to “art for africa”.

This website uses cookies to improve your experience while you navigate through the website. Out of these, the cookies that are categorized as necessary are stored on your browser as they are essential for basic website functions. We also use third-party cookies that help us analyze and understand how the website is being used. These cookies will be stored in your browser only with your consent. You also have the option to opt-out of these cookies, but opting out of some of these cookies may affect your browsing experience.
Necessary Always Enabled